it's not Christmas yet !

While some of you will have had Thanksgiving, and many of you have decorated your homes, and written more than one Christmas post, I am the lunatic who has decided to decorate my hall, stairs and landing AND the toilet in a cupboard, right at the end of November.......

because it's not Christmas yet ! 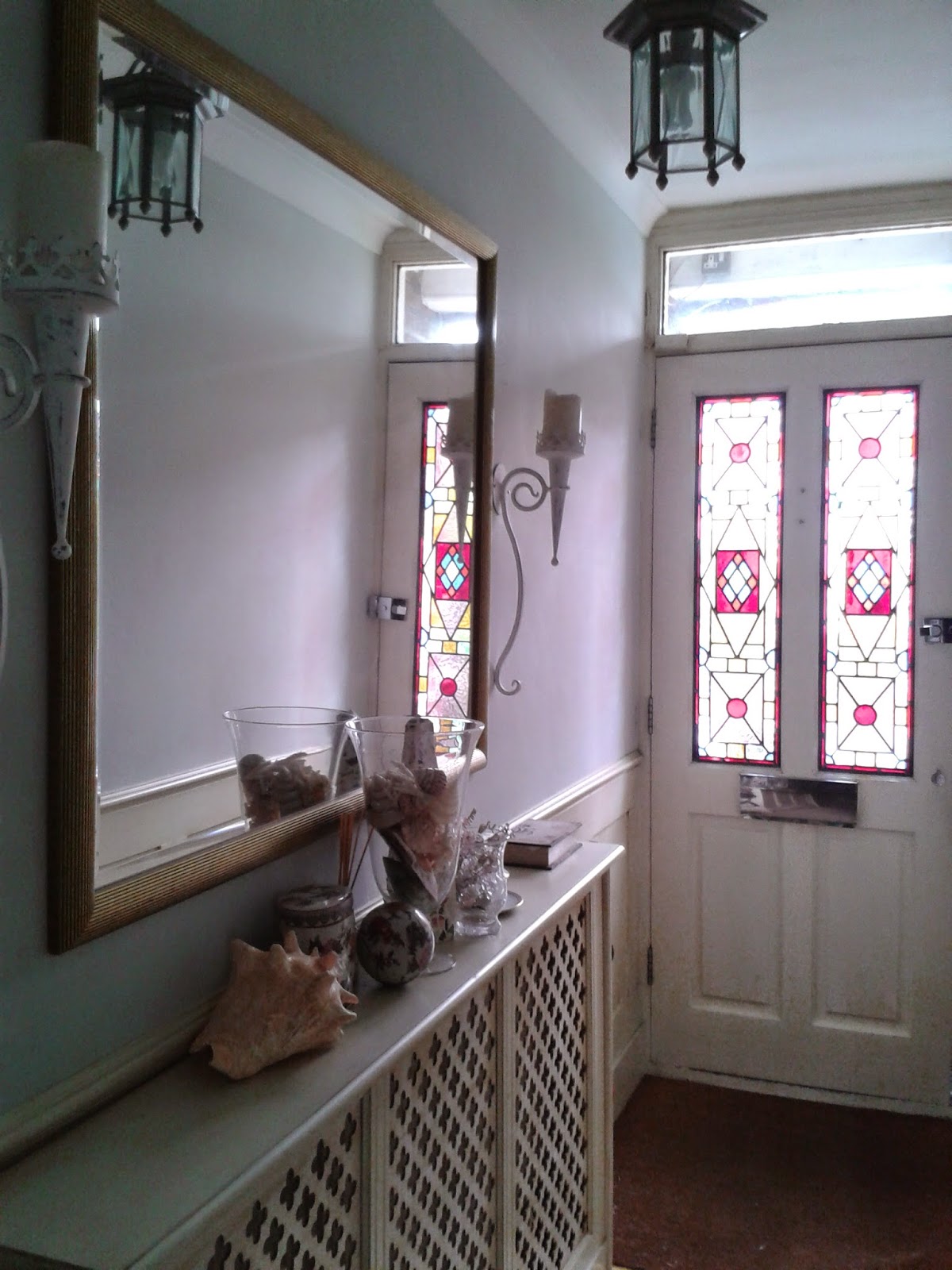 The quatrefoil grille on the rad cover has to go, I really don't like it any more. The rather pink display on top, that went ages ago, it was just too pretty. 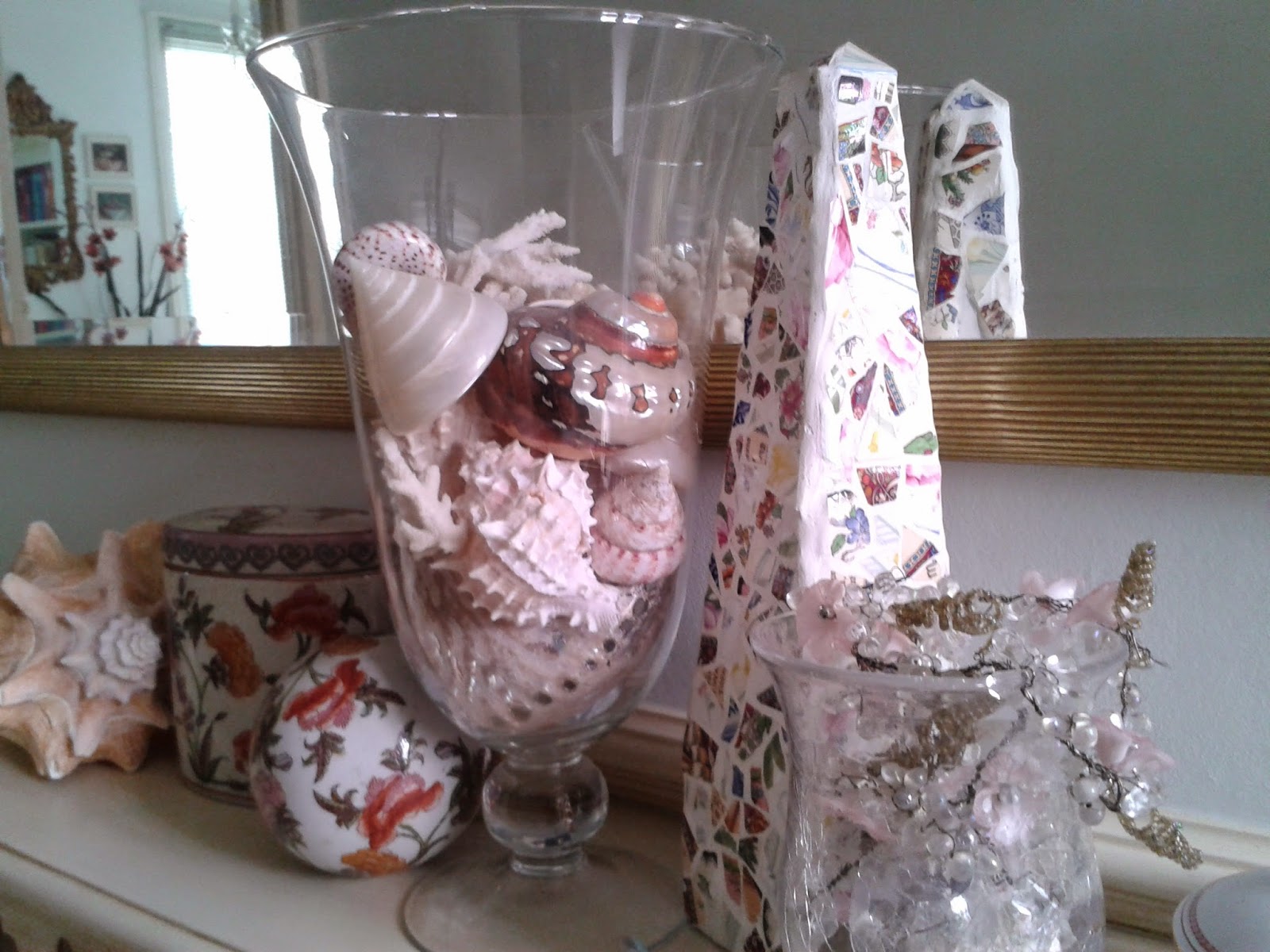 We originally painted the walls in a pale blue - that's gone.

About 10 years ago I did the woodwork in a cream then aged it with a glaze - that's gone too. 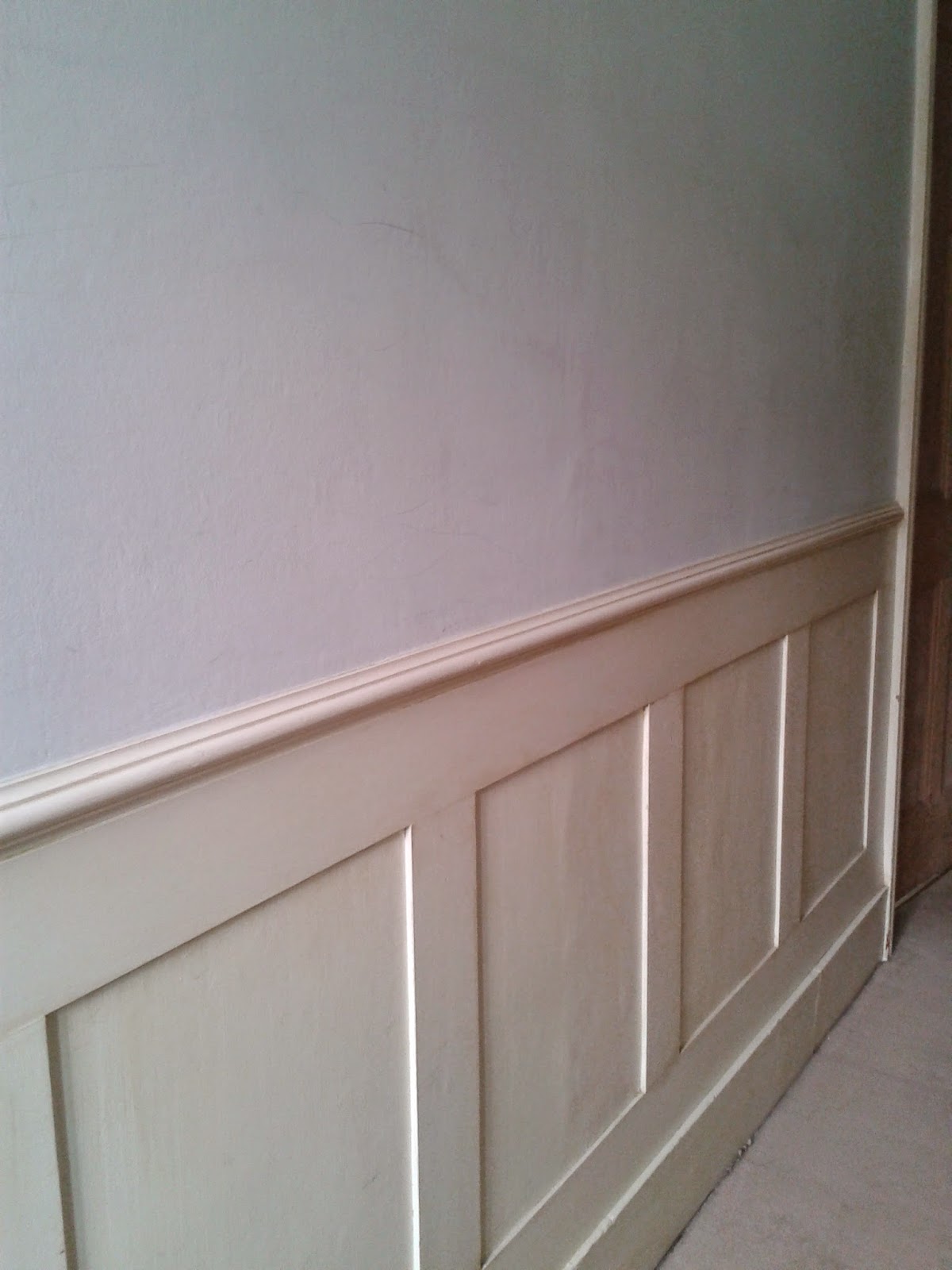 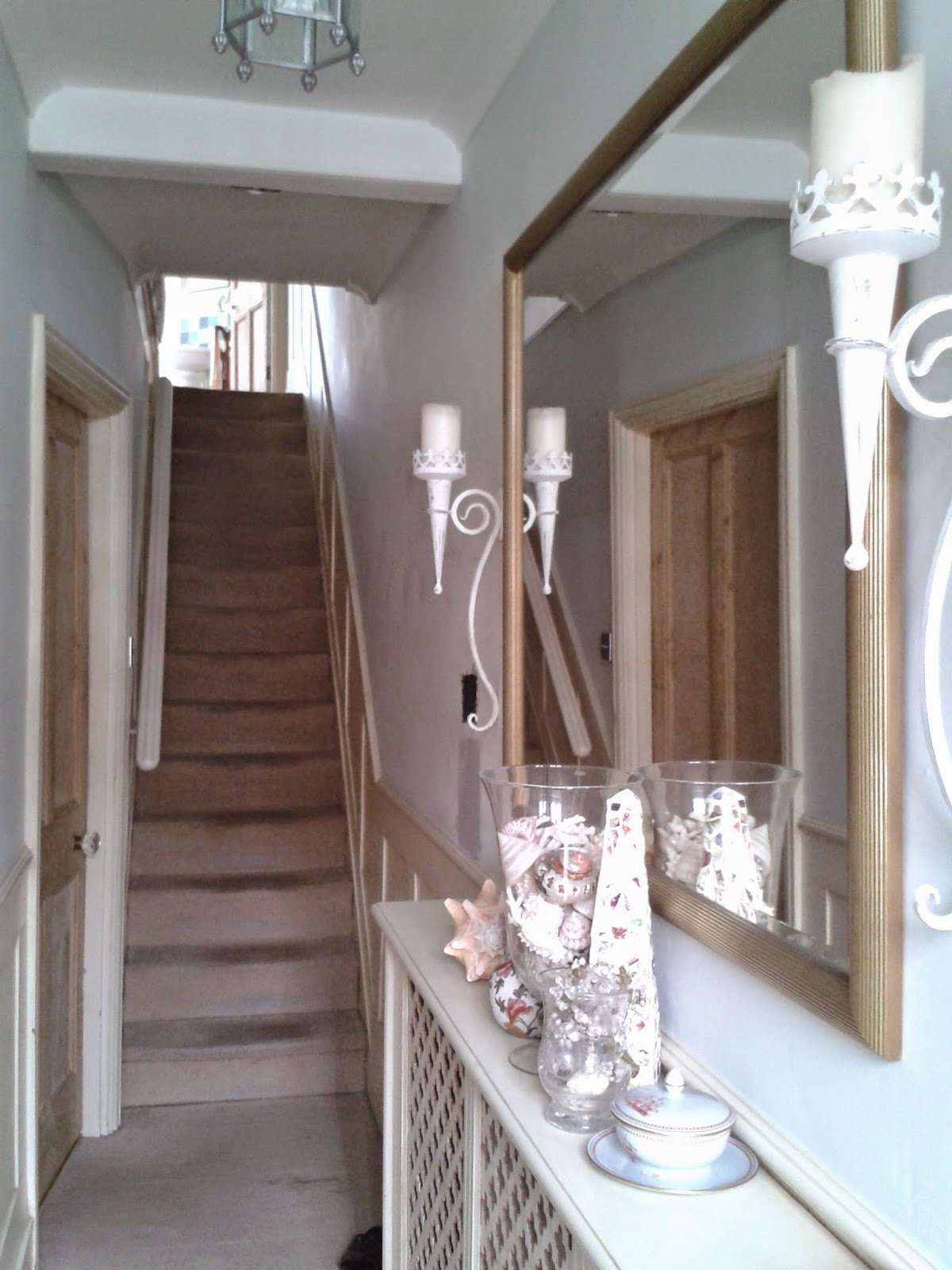 My favourite part of the hall ? The hook on the end of the rad cover for Rufie's leads, it's neat and tidy and makes me smile every time I use it - that'll be staying ! 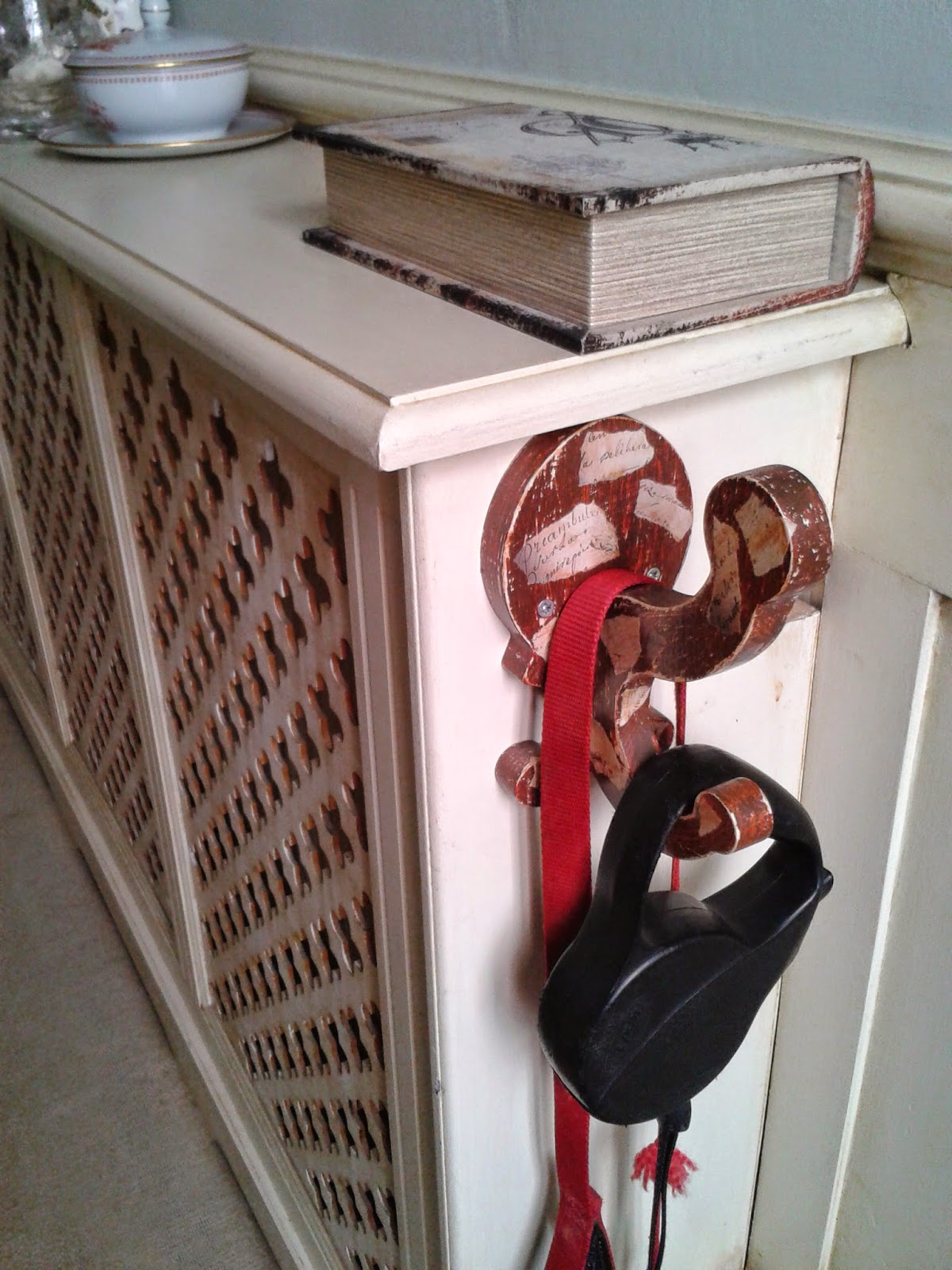 The landing ? Well cleverly I never took any photos of it, but it's pretty much the same but with an old bannister rail !

What will the colours be ? Well there's a clue in one of the pictures.

What's left to do ? A second layer on the walls, the topcoat on all the woodwork, virtually all of the toilet, sanding all the floorboards, painting and sealing them and a few little surprises.

Then there's Christmas decs to do here and at the café - wish me luck !!!

a bit of this and that and a little chicken wrap !

No, I've not been gone so long because I've been working on changing this into a food blog !
A little chicken wrap is not about my favourite sandwich (it wouldn't have chicken in it anyway), but something entirely different.........more on that later.

First, I need to tell you about dear Nancy over at A Joyful Cottage, who wrote a lovely piece about my home and me and made me realise that I seriously need to pull my finger out (not the nicest expression in the world, but very apt) and get on with some creating and decorating.
You can read all about it here.

The reason I haven't posted for so long, or visited y'all, is not for any particular reason, just a chain of events.
Friends who know me here will know that I have a lazy streak, and I'm very good at allowing myself to be lazy, especially after the workload I had during our busiest summer at Coast Café. 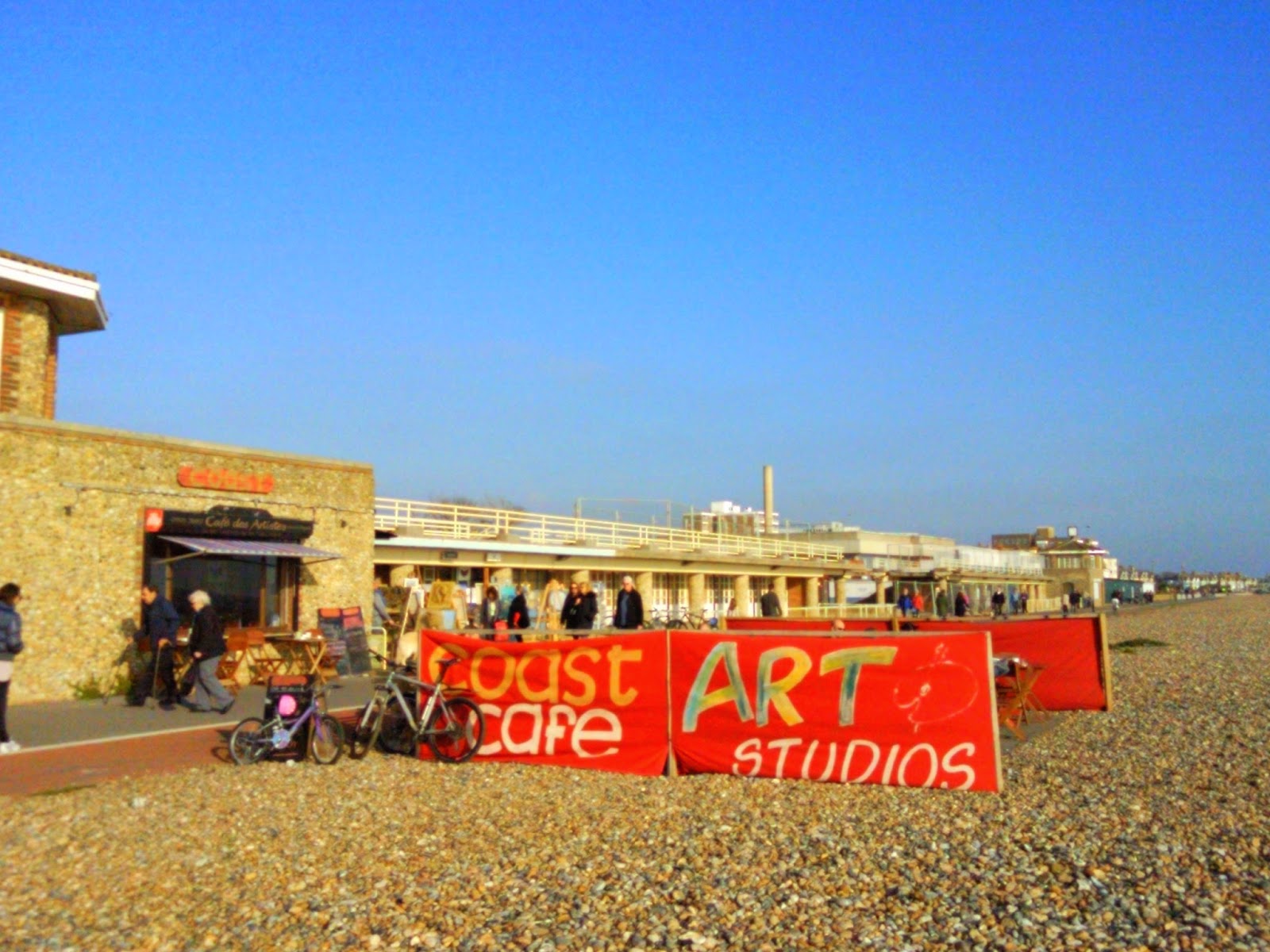 In fact summer seemed to go on and on and on - the last time I wore 3/4 length trousers (because the kitchen gets unbearably hot) was only three weeks ago during half term, when the café was once again as busy as it had been in July !

Something else happened, I lost some weight. I didn't notice at first that I'd dropped 6lbs. But the 10 or 11 hour days (I know chefs in top end restaurants do much longer days than this) on my feet with no break, then feeling too tired to eat at home, took their toll. It was easy to carry on because the busy schedule carried on. To date I've lost 17 lbs. When I lose weight I start to think about clothes more and more. So instead of buying stuff for my house, I did more clothes shopping and less crafting.

Feeling better about the way I looked made me realise that I'd like to go out more. I was turning into a bit of a recluse, and my brother kept remarking on it. I was quite happy though, happy to be in my own space without the old geezer, happy to be at home, happy but perhaps wondering if it was a little unhealthy.
So I've been asking friends to go out for a drink (which they find extremely bizarre) and we've got quite a few evenings planned from now till Christmas.
I'm still not much of a drinker because I can't bear feeling rough the next day (and a certain party in my twenties made me realise I didn't want to ever be out of control again - maybe that's another post for another day !) so I don't go crazy, but it's been fun.

So, the chicken wrap....................
My poor wee dog got a grass seed in his paw in August. They can be extremely dangerous, as they're like thorns that can travel up to the heart or lungs. Luckily the vet realised that it was probably a grass seed when we went for a routine vaccination. I thought Rufie was doing his normal summer scratching and itching but the vet realised it was more serious. He was booked in for the next day, and when I collected my sad little dog who was very sleepy and kept 'crying', this is what he looked like........ 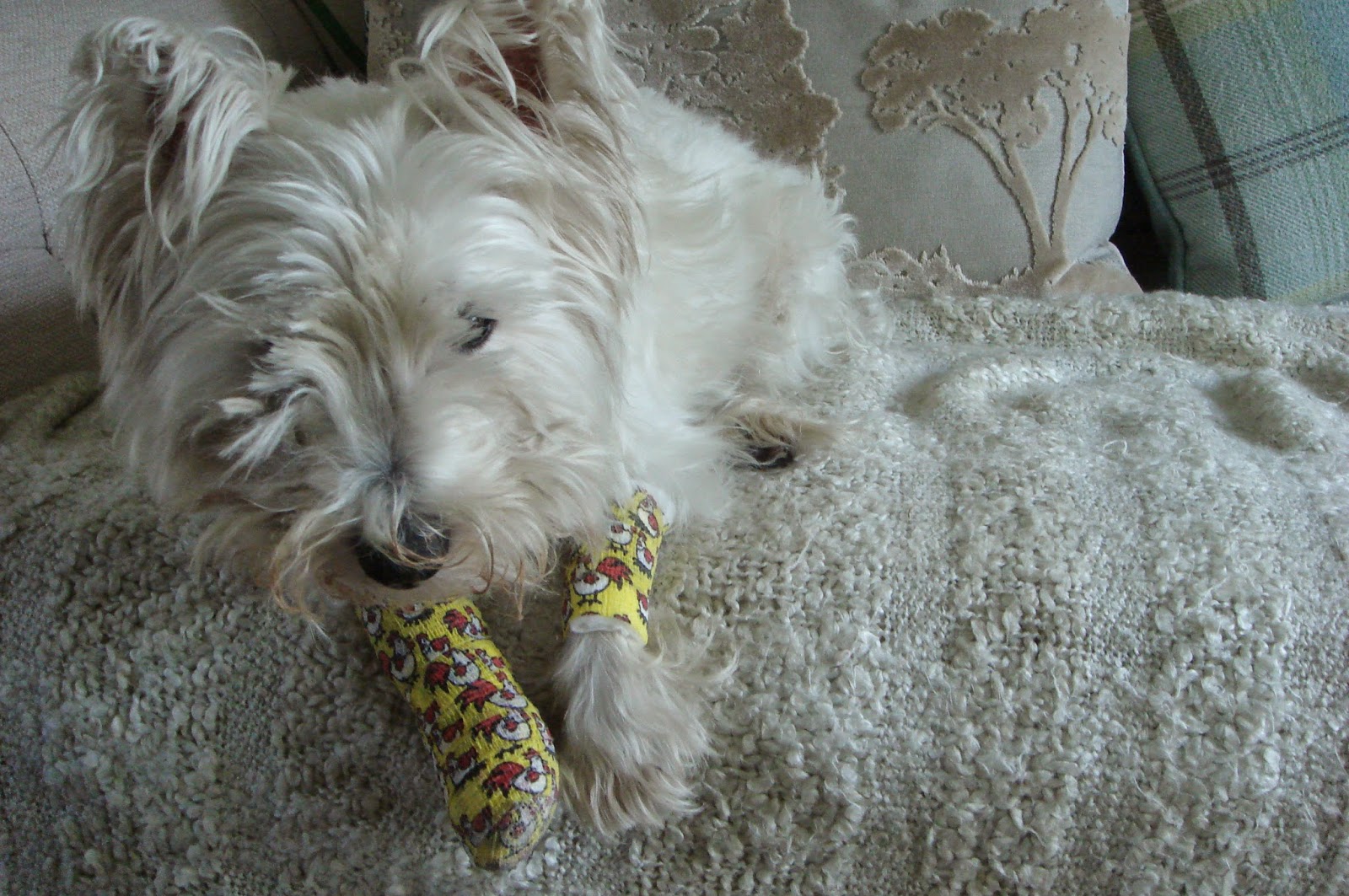 with his little chicken wrap ! 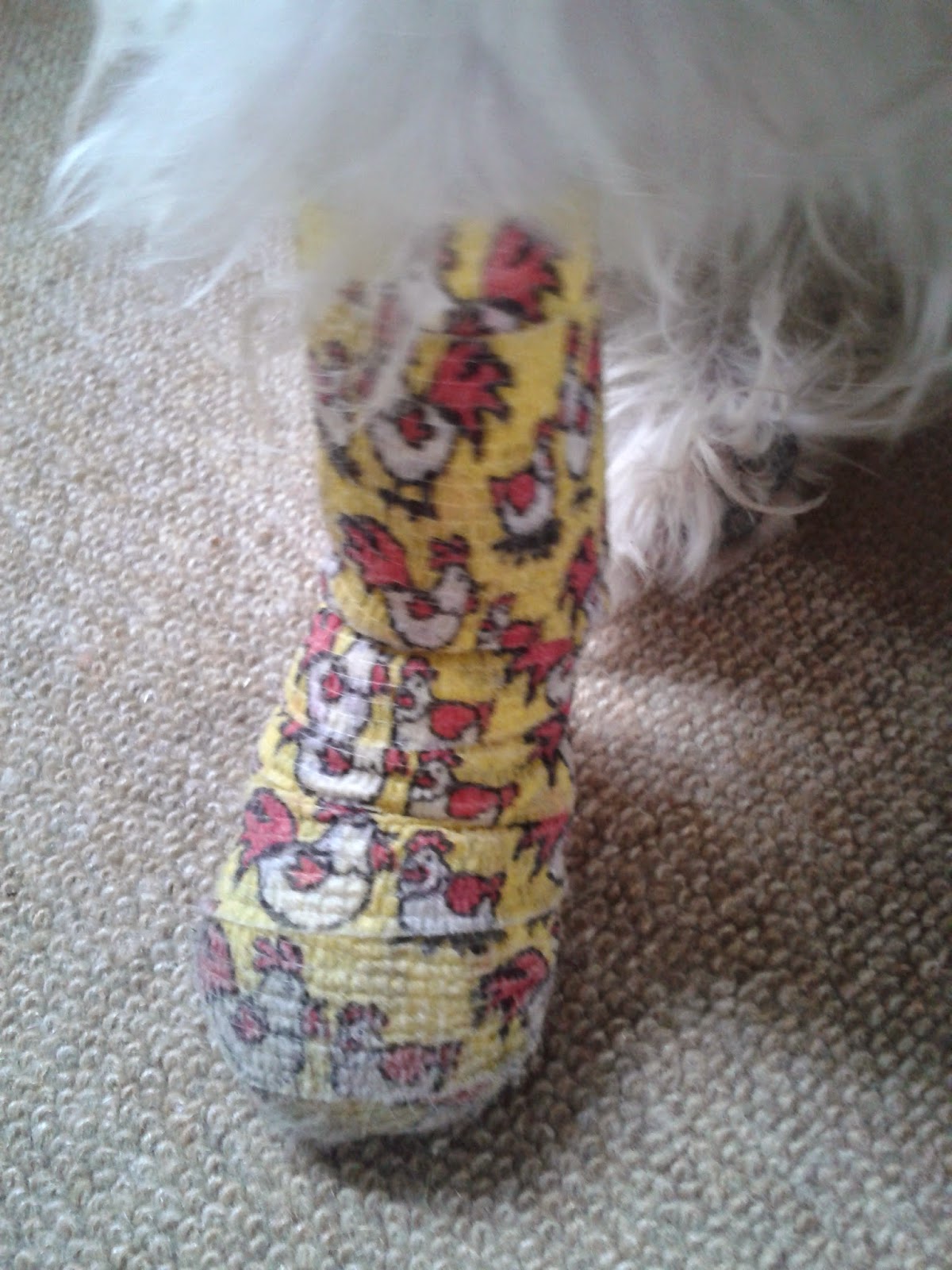 And even though he was totally exhausted and could hardly hold his head up, he followed me everywhere, because he didn't want to be alone. 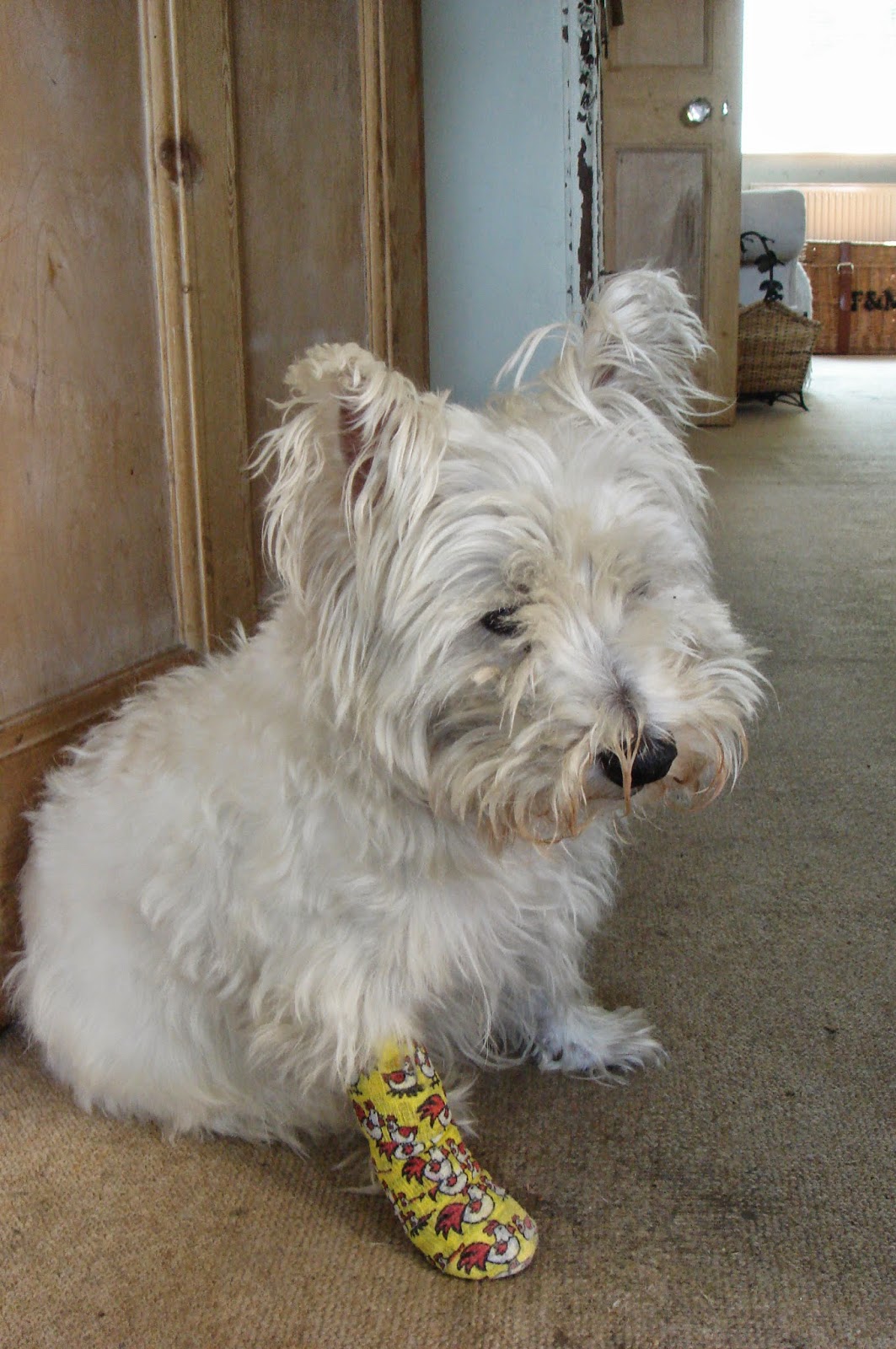 And I felt like a very bad Mum who had taken my fluffy baby for torture, and I knew we had to visit the vets twice more before the ordeal was over.

About two weeks later when the chicken wrap came off, Rufie had a slightly alien looking foot, but it had healed up nicely and he seems to have forgiven me. 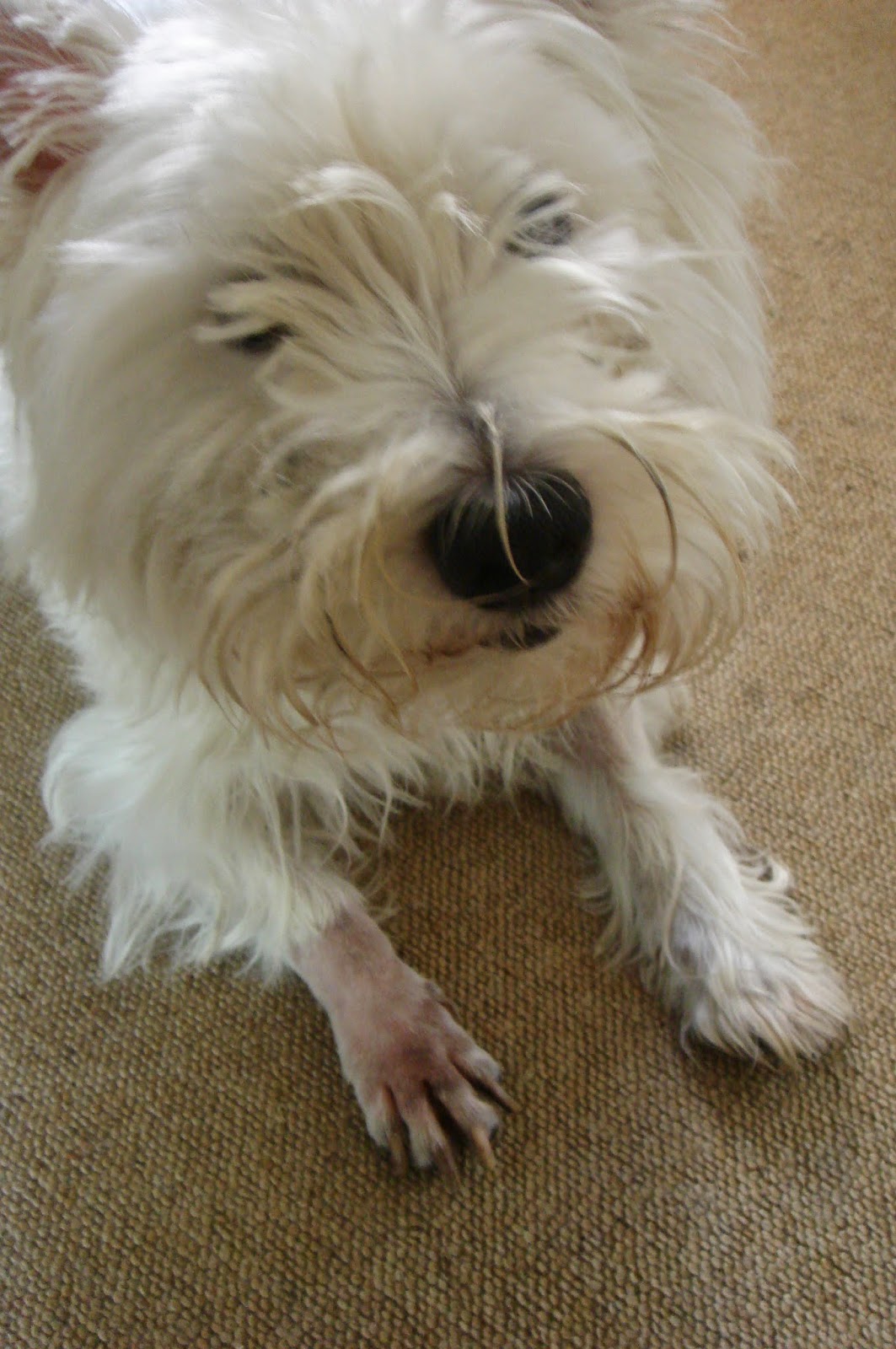 From Tuesday I have a week off, so I'm going to make a start on my hall, stairs and landing. Something I've been putting off for months but Nancy has inspired me to get on.
I'm not sure how much I'll get done because I'm going to London with my bf Pandy (one of the teenagers at work told me that saying bff is uncool, so I've cut it to bf !!) on Friday for a couple of nights, because we're going to see Strictly Come Dancing at the BBC studios in Elstree. She got everyone she knows to apply for free tickets (for every single Saturday that it's on tv) because she loves a certain pro called Anton du Beke, and I couldn't believe it when I won. This is the best present I could give someone who has done so much for me over the years.

I've also just finished watching the latest series of Downton, which ended in an incredible climax and now we have to wait for the Christmas special to see what happened next. And because I used to work for Spode and Royal Worcester (selling their wares in a reputable department store !!), let me just tell you that Lord and Lady Grantham and their friends and family drink their tea from Spode's Stafford White, just in case you were thinking of investing in a new tea service.
And if you're feeling very flush a little Stafford Flowers would mix in very nicely !

I've also been trying to catch up with all the posts I've missed. I've caught up with a few people so far, but I've still got a lot of reading to do, and I'm determined to read everything and thank you to those of you that asked after me. And while I'm here a friend has a Christmas giveaway that I know you'll all love, and she made it very easy for me to catch up with her because she doesn't post much (!!!) so thank you Diane, and this is the link The Checkered Apple﻿

I have actually made a few minor changes at home, so I may be back with them soon - or maybe not !
Thanks if you've made it to the end
Fiona x 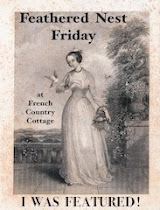 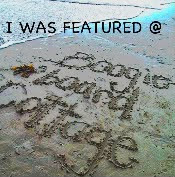 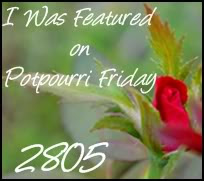 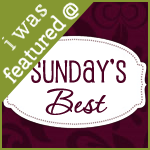 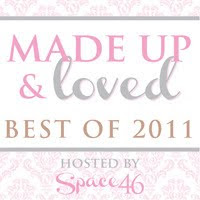 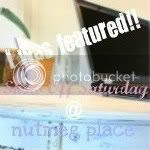 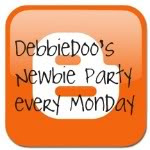 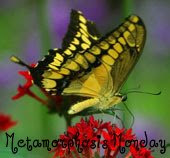 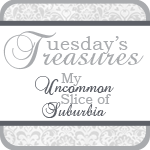 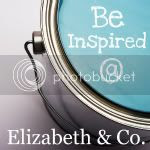 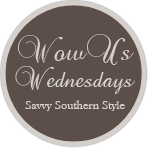 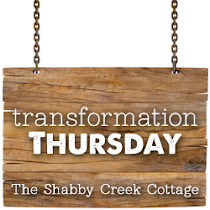 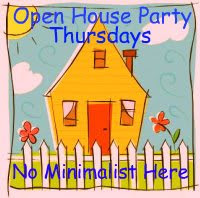 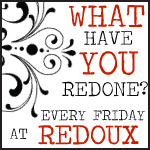 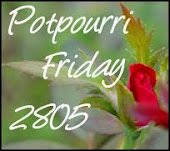 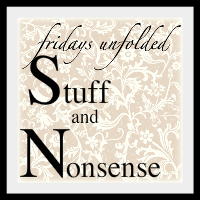 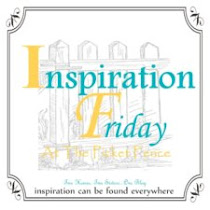 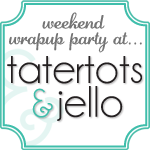